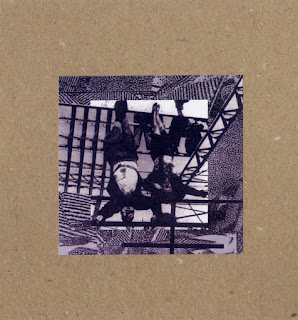 Crushing Harsh Noise, no less psychedelic than previous works by the project, recorded in drone stylistics. The album is dedicated to the personality and fate of the duce of the Italian fascism - Benito Mussolini. Listen only under the influence of drugs. A killer! Handmade cover of thick craft cardboard.
Автор: WheelHelm на 11:25 Комментариев нет: 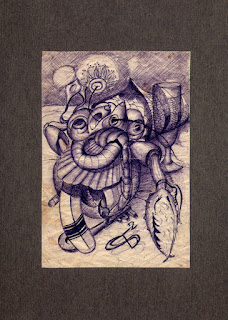 Schizoid, trance-inducing rhythmical constructions in the spirit of MUSLIMGAUZE and Ant-Zen releases, plus cold clinical drone. Like distorted and split reality in the perception of a mentally ill person. Handmade artwork: A5 cover made of coarse technical paper and exclusive reproductions of real letters and drawings of schizophreniacs, the originals of which are stored in the author's collection. 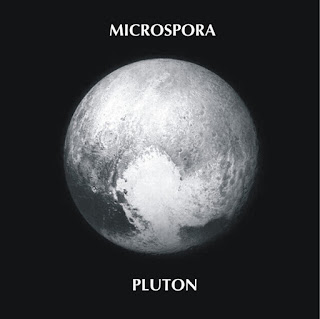 Fascinating bright trippy sci-fi Psychedelic Space Ambient dedicated to the most famous small planet of the Solar system. Pulsating spiral of mesmerizing sounds in a space journey by the great representative of the St. Petersburg noise school. This album may be considered as a continuation of "The Moooooon", but here things are getting even more interesting. Sleeve.
Автор: WheelHelm на 11:17 Комментариев нет: 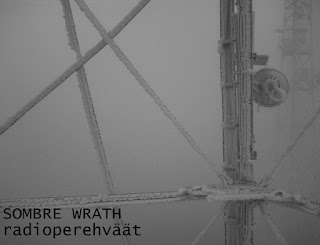 The Russian radionoise scene that was resounding in old times hasn't pleased its fans with interesting works for a long time. And now - a new discovery in this genre, and what a discovery it is! The full-length album of the new project by the legendary Den Noiser (Mare Desiderii, Omutt, Morbid Fetish and many more) is not just a recorded piece of meditative radio ether, but an attempt of collecting a full-fledged interesting album comprised of diverse dynamic tracks with various moods, without using any manipulations with an equalizer or other means of processing. An attempt that is 200% successful! A truly fascinating and enthralling disc proving that radionoise is not only fixations, but also Creativity in the highest sense of this word. Next to the title of each track the author indicated the frequencies of the fixations - as an additional experience you can check out how the things are going there now. Black & white A5 cover.
Автор: WheelHelm на 11:13 Комментариев нет: 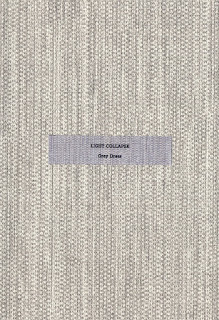 Landscapes in grey veil. Gloom, calm before the storm, wind, rain and dust. Murky Drone Ambient in the style of Herbst9 and Dagda Mor, with howling of wind, sporadic mid-frequency clangings and industrial taste. 4 long tracks each of which sounds like a full-length album. DVD-box, cover made of grey textile paper.
Автор: WheelHelm на 11:10 Комментариев нет: 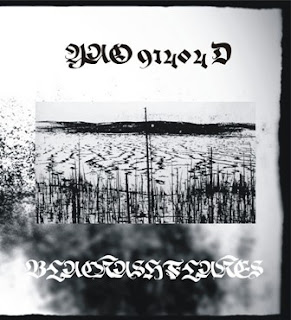 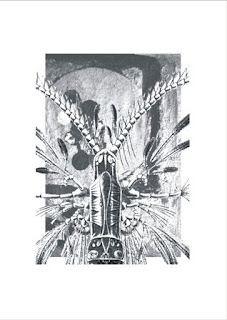 The world's most polluted sea, Baltic, as a morbid uterus with its cervix bandaged by a grandiose tumor of militaristic and industrial northern capital of the agonizing empire. The bottom of Baltic sea is covered by unprocessed wastes of mortal activity of the metropolises and wrecks from naval scrambles of imperialist predators, the underwater jungle of its seaweeds is dead. Contaminated ill uterus as a cause for female insanity - mind please, the term "hysteria" came from ancient Greek "hystera", and this term means "rabies of uterus" literally. Baltic region relentlessly supplies us with sad examples of female insanity - the authors were inspired by Ingmar Bergman's "Persona", where pictures of women's madness are set against the background of pines and stones of Baltic shore, and also by the story of lesbian relationship between famous Tove Jansson and her partner, female graphic artist Tuulikki Pietilä on Klovharu island in the Gulf of Finland. The cold and dampness of Baltic lie in wait for a weak female consciousness not only on sea shores... insanity hides in the shadows between the ancient ferns and in creaking of the dilapidated houses of village old women, spreads over the stone trenches of the cold ungracious cities and creeps into dull rooms and lonely beds. All these complex schizo-associative series are raised in the conceptual split of two projects from Ingria. The split of so intertwined and mutually intergrown tracks that it has already turned into an integral conceptual album, just like the ones by the classics of the 70s prog-rock. Creating these analog pieces Laskovoe Echo (ex-Pri Doline Mak) used a lot of devices, closed circuits, radio-stalking, modulation of super low frequencies, synthesizer soup and, at the end of its part (war in the underwater jungle) - rhythmic patterns from glued magnetic tapes. Precise formulations of the entire spectrum of sound, mixing on tape devices, each sound is extracted manually without using the squalid technologies of the future and digital crap. >o< presents one, almost half an hour track (quiet or noisy in its diverse parts), the only source of sound for which was a pack of mica plates produced by the Leningrad mica factory. The result was a harmonious combination of the two projects in a fairly similar sound and frequency range of the ritual-psychedelic Drone Noise Ambient. The digital version of the split is released by Operator Produkzion in a limited edition in double-sided handnumbered covers of the format slightly smaller than A5.
Автор: WheelHelm на 11:00 Комментариев нет: 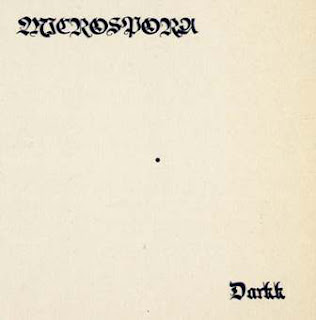 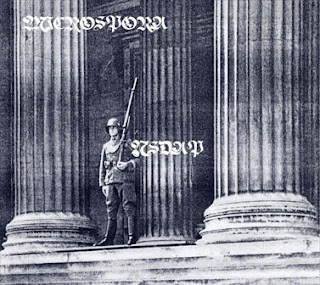 Trance-inducing catacomb Death Industrial Ambient filled with samples from the history of the NSDAP. More meditative and ritualistic version of the music brought to the world by Soldnergeist and Drape Excrement. This is one of those Microspora works most completely reflecting the essence of the "underground culture" of the old school noise scene of St. Petersburg.
Автор: WheelHelm на 00:16 Комментариев нет:

Litvin, Arseny & Igor Kuptsov - On the Ruins of Industrialisation 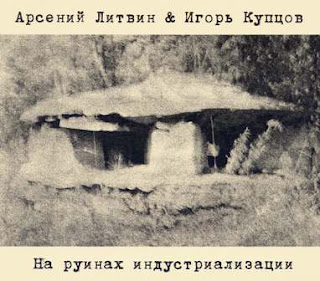 Litvin, Arseny & Igor Kuptsov - On the Ruins of Industrialisation 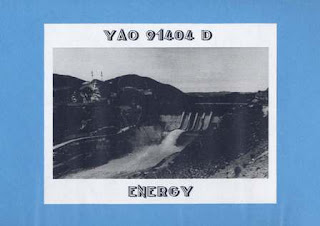 First digital edition of the new YAO 91404 D full-length dedicated to the hydropower, turbibe builders, dams... The album is based on field recordings made at a dam of the destroyed Finnish HPP in Raivola, in a machine room of the Right-bank Water Canal of St. Petersburg and in other wonderfyl places. Hydronoise, Concete Industrial, poems by the worker poets of "Elektrosila", archive recordings from Soviet vinyl records, a story about Bratsk told in German language, low-end catacomb sound. DVD-box, all info hand-written in a certificate of the USSR Ministry of Power.
Автор: WheelHelm на 00:05 Комментариев нет: 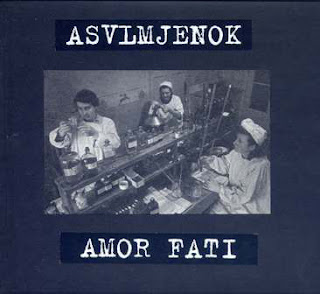 New word in the history of the European Power Electronics. 12 sermons-infusions dedicated to fate, death, cosmos and the slavery of neurotic ignorance in which most of people dwell. Fears, labyrinths and traps of verbal thinking, a wish to seem better than you are, political dirt, frustration, personal pride and insane Dostoevskiy's fixations - these are the walls of Asvlmjenok, a concentration camp for the consciousness in which people have immured themselves. And around that there is only the infinity of space which many can see only in a dream... in a dream from which you don't want to wake up. Extremely powerfull full-range sound, brutal vocals and obscure sample. Like Genocide Organ or Sektion B, but better. Vinyl case, handmade cover, insert.
Автор: WheelHelm на 00:03 Комментариев нет: 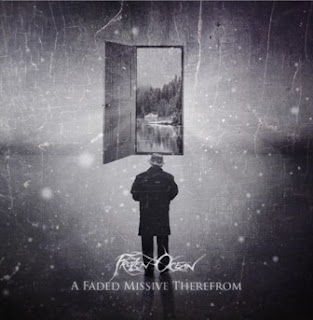 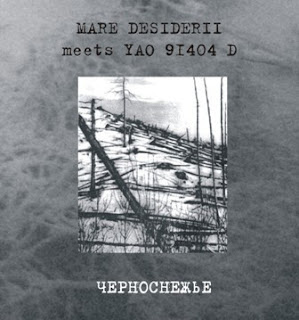 A kind of continuation of the >o<mutt project. This time Mare Desiderii (from the creator of Omutt, Dime[drone], Galaxy The Incubator, Syvary, Karjalan Tazavalla, etc.) is creatively rethinking the classical album by YAO 91404 D "Flakes of Black Ash" (2003). As a result we have a completely independent full-fledged work in vein of Old-School Industrial / Drone Ambient, somewhere between Vivenza, Vetrophonia and Maeror Tri with solid heavy gloomy drone and looped industrial clatter. The album is covered with patina of the industrial era of the beginning of the 20th century, imbued with the mysterious mood, very sustained, stylish and interesting. Recommended!
Автор: WheelHelm на 23:59 Комментариев нет:

Organoid - 10 Years Of Crime And Perversion 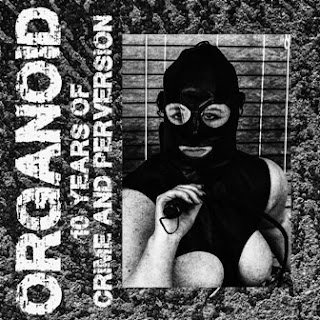 Organoid - 10 Years Of Crime And Perversion

Power Electronics act Organoid from Barnaul, Western Siberia was created in 2006 as a result of dedication and author's love to the American and Italian school of Noise and Power Electronics. The themes of the project are crimes, perversions and other dark sides of the human nature embodied in powerful brutal tracks of the wild bass-driven PE. This disc contains the complete discography of everything ever released under the name of Organoid, including two full-length albums "Pervertronics" (feturing a cover version of "Smack My Bitch Up" by The Prodigy) and "Hysteria" (both 2007) and three tracks from the compilations "Your Talk May Kill Your Comrades" (SOI Tapes), "Swalka" (Mind Control Productions) and "Generals Tachibana Kamitori Festival I" (Tachibana Records). Since 2009 the activity of Organoid was frozen, but in 2016 the project came back to life starting with the release of this anniversary anthology. The release is dedicated to the memory of one of the key figures on Russian noise scene - founder of Comforter and SOI Tapes - Andrey Alexeev who died in May of 2016... Sleeve + info insert.
Автор: WheelHelm на 23:57 Комментариев нет: 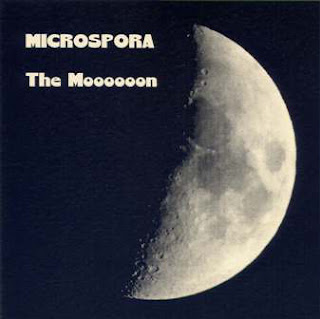 Operator continues to publish the archives of one of the classics of the St. Petersburg industrial school - Valeriy Rakcheev and his project Microspora. "The Moooooon" is a moon suite in 16 tracks of mysterious experimental psychedelic ambient with a touch of retro-futurism. The sleeve features photos of the Moon made by the young talent Tatiana Presnova.
Автор: WheelHelm на 23:53 Комментариев нет:

Norma Reaktsii - Under Pieces Of Hammer 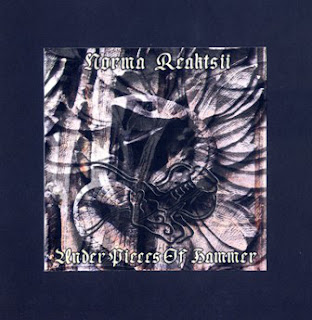 Norma Reaktsii - Under Pieces Of Hammer

Boxset with full project's discography, including the following albums: "Telluric Enegry", "Tectonic Charge Condensation" (both from 2005), "Ekho Stikhii" (2006), "Vril", "Silver Thunder" (both from 2007), remastered versions of the album "Chaosgazer" (2008) and mini=albums "Agartha" and "Dying Land" (both from 2009), tracks from the split with Ruuhi (2008) and "Valgriind Compilation" (2012) and an exclusive track "Beast Of Nav'" (2008). Six discs in separate illustrated sleeves with the new design, packed in a handmade cardboard box including an insert printed on vintage textile paper.
Автор: WheelHelm на 23:51 Комментариев нет: 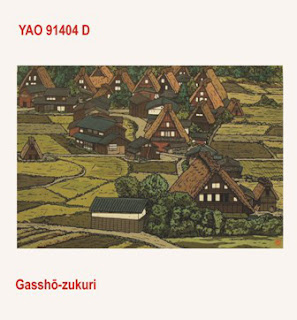 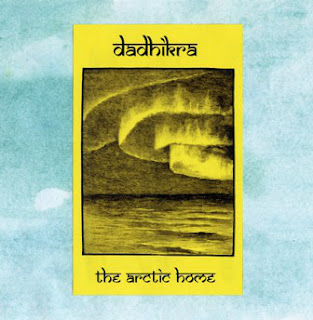 The long-awaited first full-length album of Dadhikra, recorded during five years. Vedic post-industrial canvas inspired by the books of Bal Gangadhar Tilak "The Arctic Home in the Vedas" and Rahul Sankrityayan "Volga Se Ganga". The album filled with dances of dawns around the North Pole, cold breath of the Arctic Ocean, glimmer of midnight Arctic sun, mysterious atmosphere of the white night, pierced by the bird voices, singing of Vedic rishi and crackles of a ritual fire, Rigveda hymns, exploding with the assertive pace of nomads roaming through taiga, finding an unexpected parallel in the march of the Indian National Army of Subhas Chandra Bose. Long way from ritual post-industrial images of the Arctic Motherland gone under ice, through the taiga noise and drone, leading to a hot as a tropic day track "Jambudvipa", inaugurating the coming of Aryans to India. The album is closed by the short track "Dadhikra", shining in a drone among the patter of the sun stallion Dadhikra - as a sonic autograph from the project. Half DVD-box, cover made of hand-painted paper.
Автор: WheelHelm на 23:46 Комментариев нет: 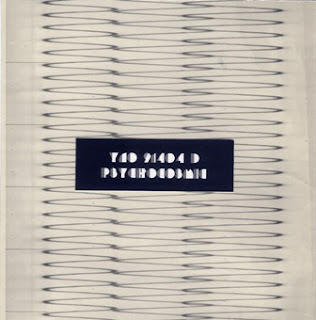 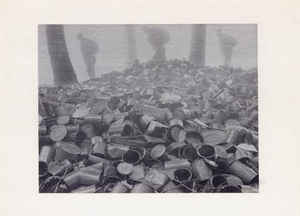 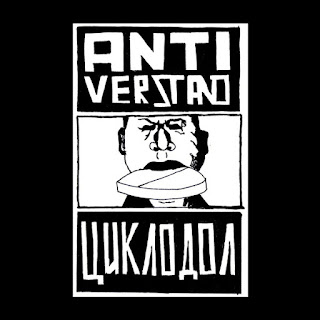 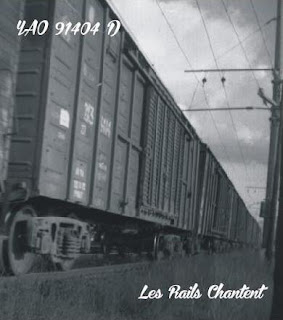 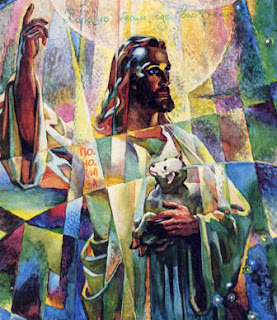 Light Collapse - Something That Can Not Let Go 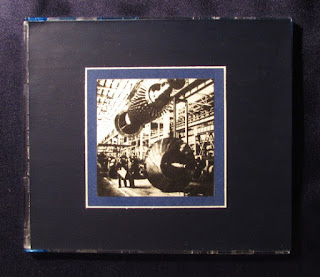 Light Collapse - Something That Can Not Let Go

Urbanistic rhythmic ambient with hypnotic cycles in vein of Obozdur "Pessima", but with more industrial touch. Slim-case with engraved copy number decorated with vintage bookbinding materials from the Soviet past. For those who can't let go.
Автор: WheelHelm на 23:28 Комментариев нет: 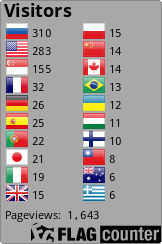